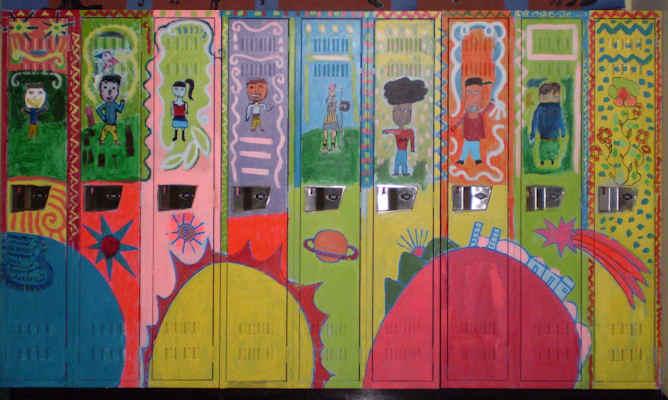 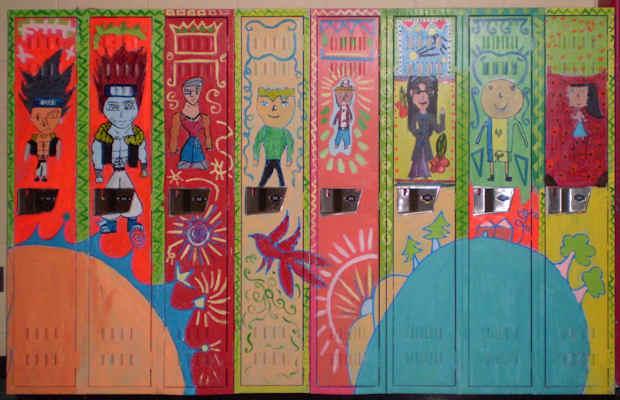 "People of the Earth"

On February 18, 19 and 20, 2009, I worked at École de la Petite Bourgogne in Montreal, Quebec. The theme of the mural was "People of the Earth" This is a fascinating topic regarding the use of the human form and its many variations.We did several collaborative exercises in class. Human faces with different traits carried by the multiple hands of students. The results are very touching and reflect a world where differences come together to create a new sense of harmony.

The characters were drawn on the school lockers. Each student creates his own character by establishing a direct relationship with the concept of being as well as to be unique in a diverse world. They learned well and the result is amazing!!